My journey from a contributor to a maintainer!

Getting involved in something new and essentially avant garde, can be a messy challenge to navigate through. But, when it comes to contributing to Meshery it only gets more and more meshy!

I was introduced to the world of open source through the Meshery project in the august of 2019 and have since then been continuously exploring the farthest reaches of Meshery, Layer5, the parent SMI project and consecutively the CNCF landscape.

At the time of writing this, I have been a part of the Meshery project for about a year. Fascinated by the concept and further lured in by the welcoming community at Layer5, I was soon dipping my toes into the tidal wave of code. Starting out with small contributions to improve the UI, I stumbled on to my first issue, which was to open a page in a new tab instead of opening it in the same tab. Basic, right?

I’m pointing this out to unravel the myth and smoke clouds around open source projects. Contributing can be as easy as altering a few lines of code and can be as meaningful as writing a whole new feature adapter. Since then, I have crossed small and big hurdles, meandering through countless issues and have become a part of the wholesome community, gaining friends and mentors along the way.

Let’s begin with the basics. What is Layer5?

Layer5 is the service mesh company, which has built (or is in the process of building) an exhaustive set of projects to delve into the world of cloud native and service meshes with in-depth analyses. Intrigued? Checkout the Layer5 site and hop on to our GitHub bandwagon. Before you do me the favor of reading on, make sure to click on the little star :star: button to help us stir up some more delectable meshiness.

Coming to my contributions at Layer5, I have mostly been involved in improving the UI and shaping the company site’s present outlook. I have also tried my hand at other projects, including the mesheryctl and the landscape at Layer5. In fact, here is a comprehensive list of my contributions across Layer5 projects.

The above mentioned links are just the visible contributions made by me. With time, I have grown and was soon approached to become a MeshMate, an initiative which involves few seasoned contributors like me who will hold the hand of a new member and help him/her bridge the gap and take the leap into open source.

Tricks of the Trade

The benefits of being a UI engineer?

Web developers are required in every company in one meaningful way or the other as every single project needs a frontend to showcase it’s capabilities to the user. Coming to Layer5, the frontend of Meshery is built on React( another masterpiece from Facebook! ), which I learned from scratch when I joined the community. 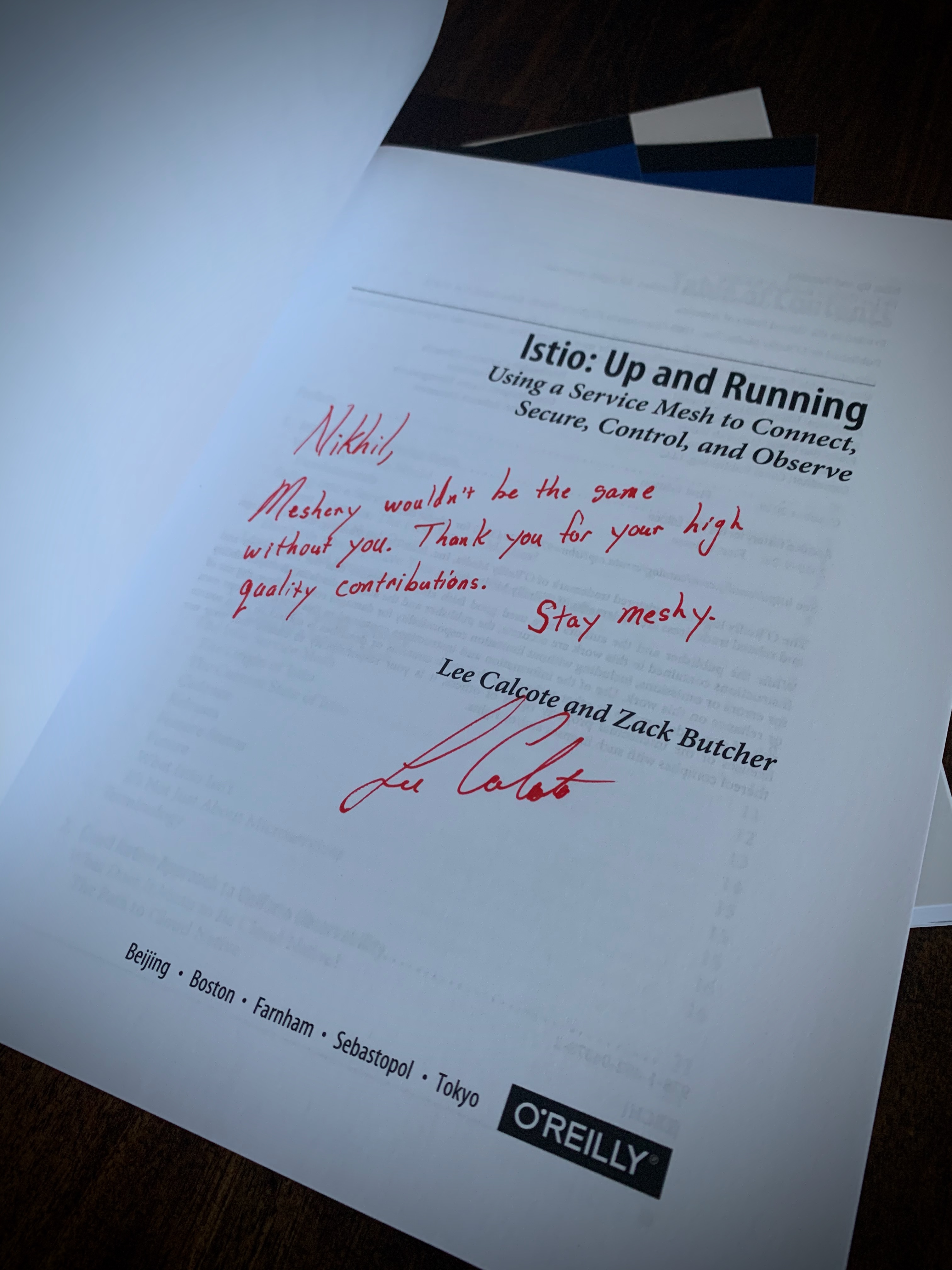 Now, months have passed and with some healthy dedication and hours of staring at thousands of lines of code, I have a good base and practical experience with React, something which you can’t hope to gain from personal projects and require a community for.

The Layer5 and Meshery websites are built using Jekyll, another technology about which I didn’t have any practical knowledge a couple of months ago. Easier than react and harder than CSS, Jekyll is perfect for the aspiring web developers out there and is also another reason for you to pop over to the Layer5 repo after reading this article.

My experience at Layer5 has made me proud of the work that we do and has challenged me time and again to reach for higher goals. I still have a hunch that someway or the other my contributions are responsible for getting me an internship at Red Hat! All heads bowed to Lee Calcote for his presence and guidance and to the Layer5 community for being as amazing as it is. My journey at Layer5 has been an ever growing curve to be honest from just a contributor to a MeshMate to the maintainer of few projects at Layer5. And, true to god this wouldn’t have been possible without the combined effort from me and our very own Lee Calcote. His trust and confidence in me is what encourages me to contribute more and more at Layer5 and see it grow to some next level in the coming future. Motivated or moved or still confused?

Want to experience the same feeling and see yourself recognized as an Open-source contributor?

P.S.: If these topics excite you and you want to explore the beautiful realm of service meshes, come and say "Hi" on our Slack Channel and one of us will reach out to you!